This morning I attended Our Kingston Our Future, held in a large marquee at the parish chuch in the centre of Kingston Upon Thames. The event which takes place over this weekend is being run by ArtGym in conjunction with Transition Towns Kingston. It is being billed as a re-visioning of Kingston Upon Thames, a chance for two discreet generations of local residents, 19-25 year-olds and the over-55s, to come together and swap stories and experiences about living in Kingston.

These stories will be expressed using the creative arts and the resulting ideas used by Transition Towns Kingston in their future projects. The artworks are to be displayed in Kingston Museum during June and July. A documentary of the event is being made which will also be shown at the museum and the International Youth Arts Festival, taking place in July.

I found out about the event after members of ArtGym came to my university to recruit students to act as ‘creative ambassadors’ on the day, and although I don’t fit either age criteria, they were keen to sign me up as a poet. 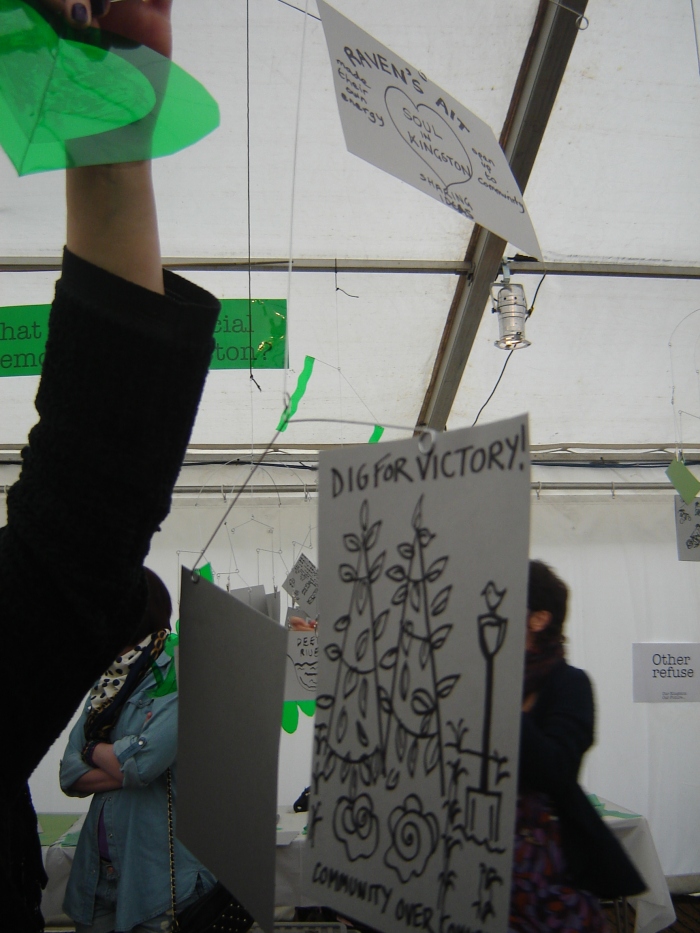 I went to the opening workshop which was a great mix of ages, cultures and experiences and had a great time making some 3d art in the ‘river’ zone, with a partner who turned out to be someone I had had email contact with but never met. A nice bit of serendipity! I then enjoyed translating people’s experiences and stories about Kingston in the ‘forest’ zone.

Everyone seemed to enjoy the event and some great art work was produced in a short space of time. There was a lovely atmosphere, and even a spot of spontaneous dancing at the end of the workshop! I wish I could see the marquee at the end of tomorrow- I am sure there will be a material wealth of art to show for the stories and hopes people have of Kingston. And it is a big, green, postive vibe in the middle of town. Great to see in a place which is nowadays known mainly for shopping but which has a long heritage and some hidden gems.

At the end of the workshop I read two of my poems (see below) which were well received. I wasn’t completely sure what role I was supposed to play during the event, part attender part creative artist I think (?) but hope I helped in some way. I really enjoyed it and, although nervous,  felt pleased with my reading of the poems. I took notes while I was there, and along with the historical research I’ve been doing, and my own experiences, I think I will write more ‘Kingston’ poems.

Sense of place is becoming an important, possibly the most important part of my poetry. 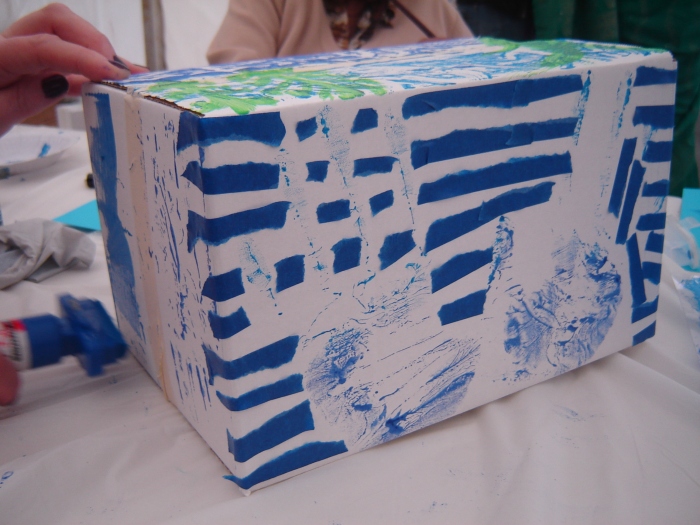 Shop and shop until you drop in Kingston

Past and present are on the hook: future

How stories shape and link us to a place 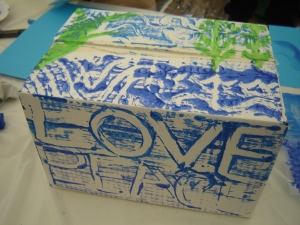 Three fish silent and steady in the flow

Three fish at a crossing in the river

In sight of the Kings Stone

Both ancient and  grey

The deep past is still here in Kingston