Five years ago I went to university, to get qualified as a journalist, to study creative writing, to gain a teaching qualification which would enable me to teach in higher education institutions. To eventually go out and earn enough money to support me and my son.

I’m a month away from finishing that five years, from completing the goal, realising the aim…and all that…

This year has been a challenge, studying the Post Graduate Certificate in Learning and Teaching in Higher education, alongside completing the final year of the MFA in Creative Writing, has twisted my melon into new and uncomfortable positions a melon should not find itself in.

I am now facing Becher’s Brook, a melon leaping against all odds, at the final furlong,  a collection of 40 poems plus critical essay stuffed in the saddle bags.

Not quite 40 yet…but they’re coming along slow and steady.

When it’s all over on 30 September there will be more blogging and there may be more before then… anything that helps me get this final ‘thing’ achieved…five years at university is a long time- but, apart from motherhood, it’s been the making of me.

Running at 160 bpm I LOVE you Kreuzberg with your HOT slides and cool water You live in a Labyrinthian mind  which allowed us to drift by the hotel where Borges went BLIND and WILDE passed in Paris but to almost never meet the Minotaur of St Marks Square Who could have predicted all that would follow after the first initiation ten YEARS ago? The top of my head was trepanned and the light poured finally finally finally and I went away from all of that only to return in ever decreasing circles a circle now dowsed in salt and broken BROKEN finally finally not even a spiral or a loose thread Just no thing Hanging maybe a noose a stitch to be picked up in time I ran up a green hill I ran through the mining villages of South Wales loving that land which might be HOME This is the journey back now I am wound tight and ready to let go

I’m coming to get you in song.

On Friday we jumped in the car and drove across the big bridge (always exciting!) to the Welsh valleys to see our wonderful friends Ann and Nic and their fabulous respective families. On Saturday we picnicked in the centre of the amphitheatre at Caerleon, the best preserved Roman amphitheatre in the UK.

It was a beautiful sunny day and for a while we had the place to ourselves, an unexpected delight. The turf covered remains of the walls were great for the kids to climb on and lob frisbees and balls about too. After our feast we headed over to the small-but-perfectly-fascinating museum, where the kids were given a treasure map by a Pirate Lady and had to find clues to be able to open the casket containing a treasure for each of them….Arrrr. I got to try on some replica Roman armour, which was so heavy I couldn’t imagine walking anywhere in it, let alone marching about and fighting in it.

Yesterday morning Nic looked after Sam while I went for my second run of Week Nine, the last week of training in the NHS programme I have been following, ‘Couch Potato to 5k’. Taking my route through the local park, with the mountains at my back, I ran past kids playing rugby, the bandstand and the forest garden, and out through the other side, along the river, to the next village. I jogged past the premises of the local Male Voice Choir, at that point feeling like I had ticked off a lot of stereotypically ‘Welsh’ activities. What struck me though , apart from the river, the glorious amount of green and the breathtaking mountains, was the relaxed traditional ‘Sunday’ vibes in the air. The people walking dogs, ready with smiles and Good Mornings. The kids playing in the well-tended park. Everyone busy doing Sunday stuff.

I was busy running. I discovered on my first run of Week 9 that although I am able to run for 30 minutes without any trouble, I am only running about 4km instead of the 5k I have been working towards. In two weeks I run the Treeathlon for Trees For Cities and I am hoping to improve my speed in that time. With that in mind, yesterday I decided mid-run to see if I could run for 40 minutes and whether that would take me to my goal of 5km. And it did! I ran for 40 minutes with no problems apart from aching legs and when I mapped the run later I found out I was just at 5km! In the next two weeks I will aim to get to 5km in 35 minutes- I have no idea if that’s achievable but I’m going to give it a go.

After my run we had a delicious vegetarian brunch and then took the kids to the park, where a brass band was playing. Home again via the allotments to pick beans and raspberries and then a cup of tea in the garden whilst helping my friend clean the onions she had just dug up, ready for drying out.

My idea of a perfect weekend! I feel very lucky.

I have two weeks left before I run round Battersea Park to raise money for Trees For Cities. I am so close to my target, thanks to the generosity of friends and family. Please help me reach it! My Just Giving page is here. 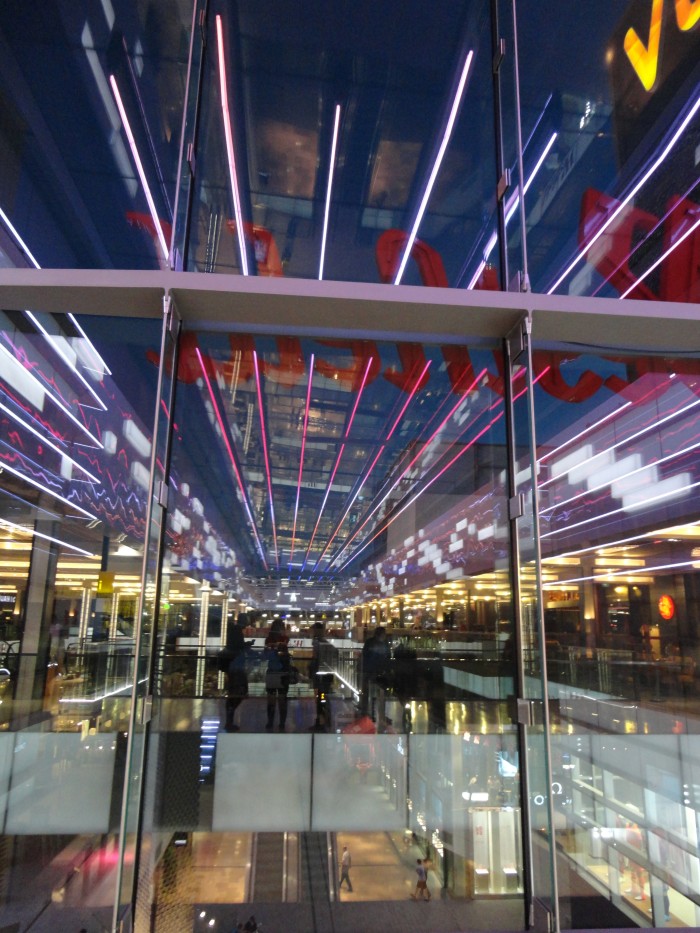 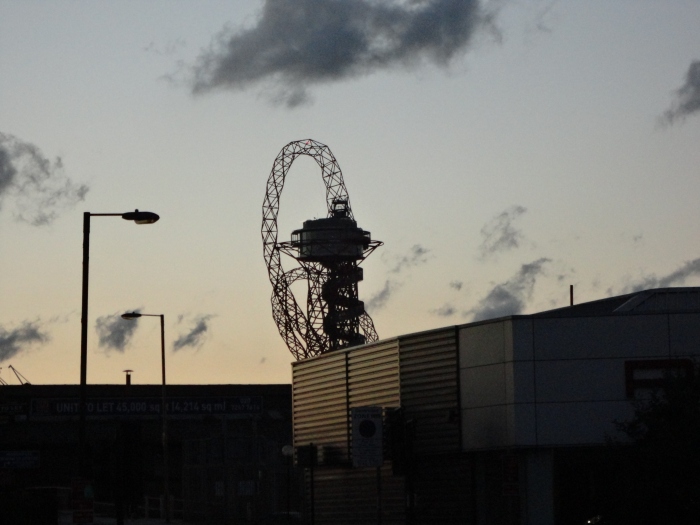 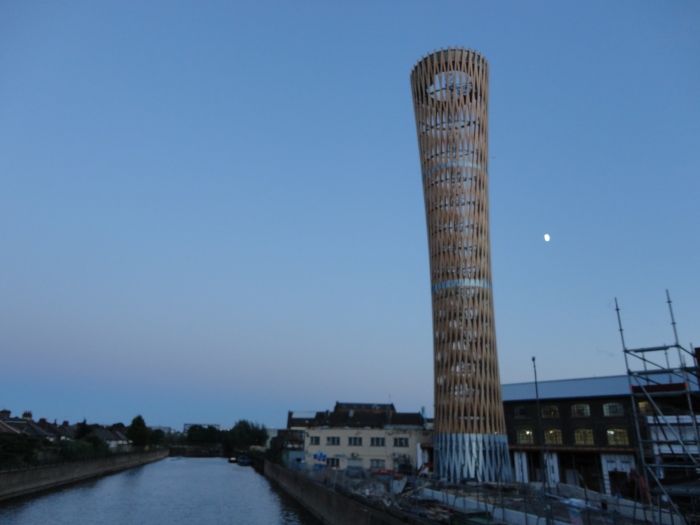 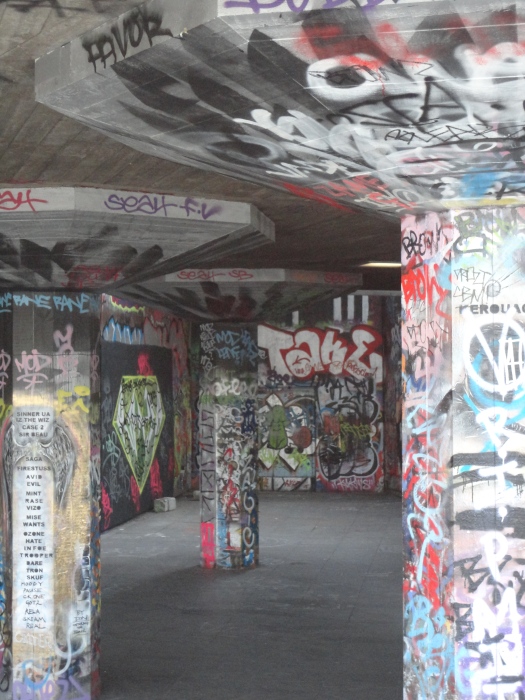 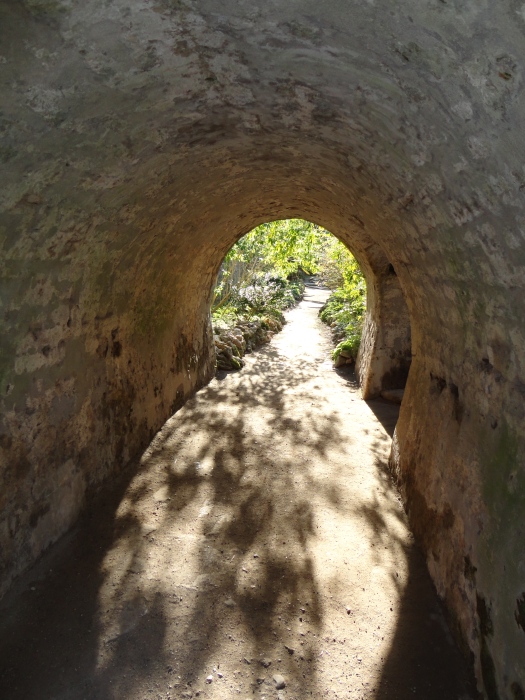